I think Depth Charge was about to release ‘Goblin’ on DC Recordings and as a result Timebomb press (I think) asked Breakin Point to arrange an interview. Therefore I was given a phone number and told to give J Saul Kane a call one June evening.

I managed to get Ollie my boss at Dorado Records to let me use the company phone line (and bill!?) to make the call.  This was because I didn’t have any means to tape the conversation other then by placing my recorder next to the voice activated speaker phone.

This ended up being more difficult then imagined as the office was situated on Brewer Street in the middle of London’s Soho. Any noise my side would stop the voice of J Saul Kane coming from the speaker. Make sense? It didn’t help when other people came into the office as well.

They say never meet your heroes, but I’d always been a fan of Depth Charge since the release of Bounty Killers back in 1990. Sadly the interview was quite hard work and now I feel the subsequent piece might sound a bit sarcastic. Anyway, 10 years later Depth Charge still put out the odd release now and then, while DC Recordings goes from strength to strength.

J Saul Kane aka; Depth Charge, Octagon Man, Alexander’s Dark Band, TET and sometime EON has just told me what he’s been up to recently. What I hear you ask? Digging out new and crazy samples or holed up in the studio working on brand new tracks. No.

“Cricket”, he laughs. “Yeah I play for a team at weekends and I’ve been busy practising in the nets”. Could be worse. He could’ve been working on an appearance in the next Bond movie or baking cakes for the W.I. 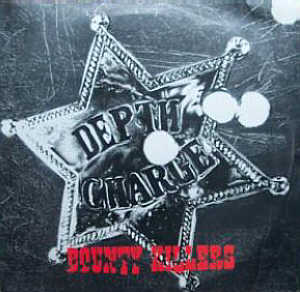 If you’ve been reading dodgy music rags for the last decade you’ll have an idea of what J Saul Kane (JSK) is all about. He’s that guy who loves kung fu, westerns and football and six years ago he put out an LP that rounded up these pleasures. Accompanied by the heaviest of beats and breaks the LP ‘Nine Deadly Venoms’ was to many the start of the trip hop scene and until last years ‘Lust’ the only work JSK had ever done.

“I don’t mind people thinking that I do very little”. Between the two LPs numerous releases came out almost yearly including the Disco Vixens, Aliens and Airline series, Romario and Blue Lips. And that was just Depth Charge. 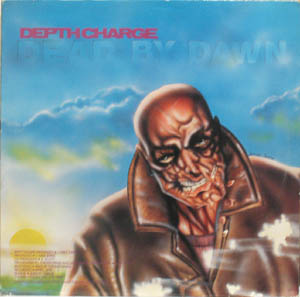 “Thats how I planned the whole Depth Charge thing. If I just did Octagon Man and Alexander’s Dark Band then I couldn’t make a living out of it,” he states.

There seems little to worry about in the way of making a living out of things. Along with the music, including forthcoming LP’s from all the main aliases (Alexander’s Dark Band “more filmy then the last but still weird noises meets weird hip hop. Octagon Man “thats something I have to do now and then, its in the blood”) plus a new Depth Charge single in September, theres the numerous other side line interests.

“I don’t do that much. I’m not a nutter”. Either that or he does not sleep. DC Recordings is currently doing well with releases from the likes of Tom Tyler and Greedy Fingers and on top of that theres the ‘Made In Hong Kong’ video company (started on JSK’s childhood love of Chinese movies and the success of Bizarre Inc. on the early VS. label) and ‘Blue Light Films’ to deal with as well.

“We’re currently working a few films. I just recently returned from the Canne Film Festival where I was DJ’ing for some of the films we’re putting out. Like the ‘Romance’ film we did, kind of that European independent style. Its a real film but with pornography in it.” 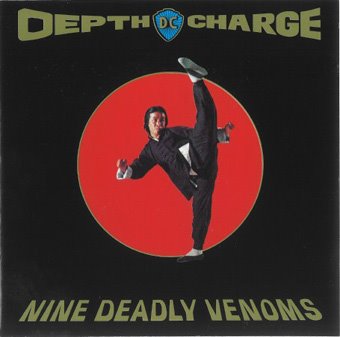 “Back then it wasn’t all about the money. It was more like art in a way. Now its pure exploitation. There needs to be a more amateur feel to it.”

So can we expect to see JSK baring all, Cheggers style, in handy cam flick?

Maybe we’ll get some crazy Depth Charge soundtracks over some of these planned films?

“I like to do it, but not yet. The directors have their say over the music on the films we do, but we’ll have to wait and see.

In the meantime we’ll have to wait for the next Depth Charge LP.

“I’ve planned out the next LP. Depth Charge stuff comes along when I have inspiration.” Funnily enough its the opposite to many. Artwork first then the music to put in it later. “I design the sleeves first and then that helps to influence the sound of the track”

Over the last decade or so JSK has remixed the likes of the Sabres of Paradise, Senser, Radiohead, Lhooq, Agent Provocateur, Eboman and Fuzz Townsend. Some, a strange choice for someone who is anti the whole big beat tag. A genre that he has often been tagged, wrongly, as inventing.

“Theres not many records out that excite me. Theres nothing been released that I would want to listen to in 5 years time or even six months time. Its the same old formulas that people follow. Nothing amazes me. I tend to buy synths and things to make music on rather than records.”

Not even the current success of the UK hip hop scene excites him, ” we still can’t rap or sing, the beats are good but to me its folk music and unless you grow up within it then its not something you can learn. We couldn’t do Romanian folk music well so why should we do hip hop well?” 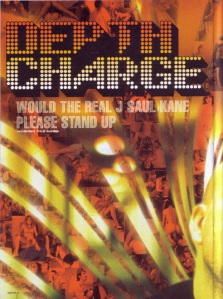 (J Saul Kane article as it appeared in Breakin Point)

JSK also teamed up with Tim Simenon on the first Bomb The Bass LPs. A partnership that took him around the world on tours and rounds of promotion. With Bomb The Bass’s subsequent dealings with majors its maybe why, like many in the independent scene JSK is so cynical of the music industry.

“Its really hard at the moment to get the music out there, with labels even paying to get their product racked out in the shelves. Theres also too many other distractions these days and people can’t be bothered to wade through all the releases out there.”

With Blowfly the only recent guest on JSK’s work are there people lined up for any collaborations?

“Theres people out there I’d like to work with. I get approached also”. JSK turned down the opportunity to work with Kylie Minogue a few years ago, “it would have been interesting, however I copped out, but I certainly wouldn’t turn down the chance to work with another large artist.” 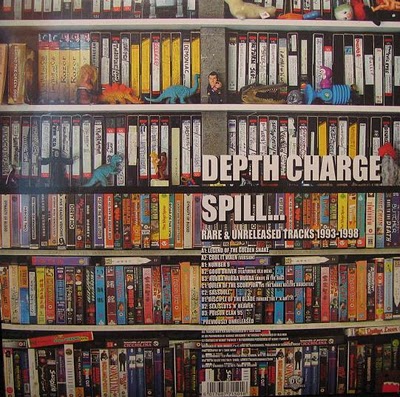 JSK is planning to take it easy, finishing off that new Depth Charge single and looking for samples for the follow up to ‘Romario’ titled ‘Botham’. He’ll also be hitting the turntables (” I play all sorts, what I like, but also what others like, because I realised its not good to be selfish”) around the UK over the forthcoming months. His main concern tonight though is the European Championships on the telly. Obviously (well we all know this) “England can’t play compared to other countries”.

Something to say? Leave a reply. Thanks! Cancel reply