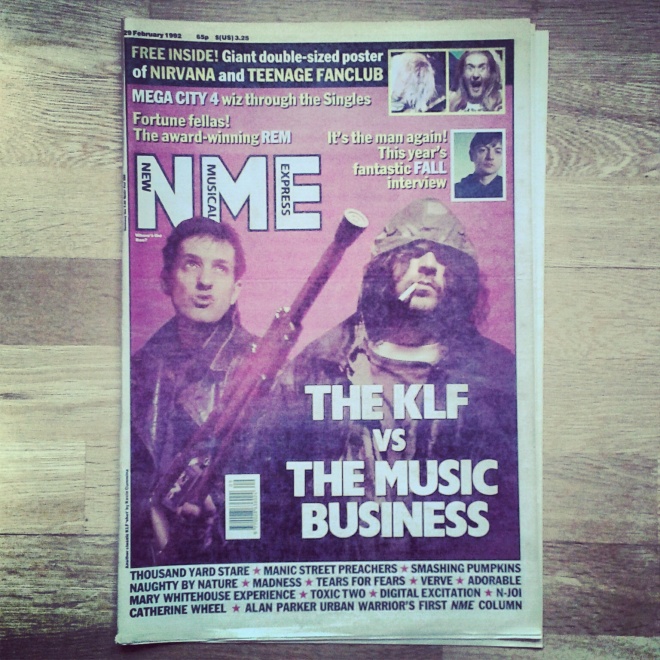 A number of KLF releases have appeared on Spotify in the last few days including ‘Chill Out’, the original soundtrack version of ‘The White Room’ and ‘Space’. As we know Messrs Drummond and Cauty deleted the entire KLF Communications catalogue in the spring of 1992 shortly after their infamous appearance at the Brit Awards in February. The preparation of which was captured in words by the NME for their cover feature (see above).  Then a few months later the official announcement  was made in the press and the back cover of the NME (see below). 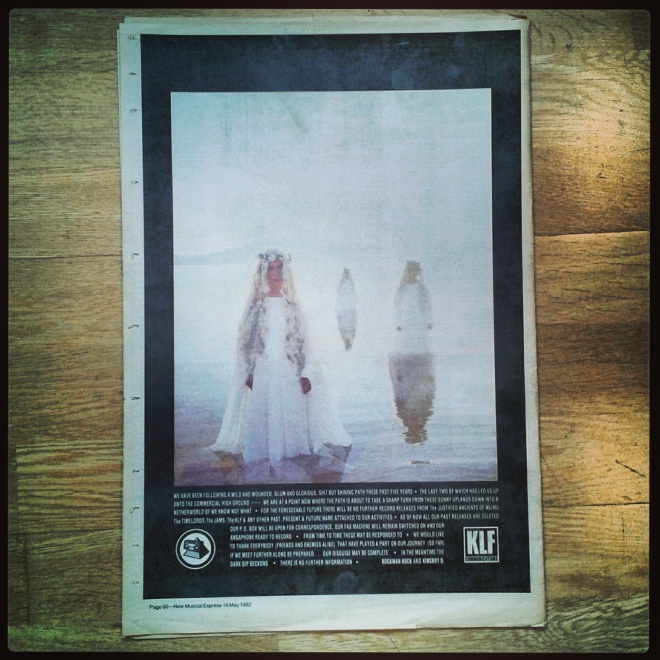 Some of these albums were bootlegged on vinyl and were easily available to purchase around the year 2000. Even in high street stores like HMV. The KLF back catalogue on digital format has been easily available on the internet for some time care of torrents, dodgy links and previously eBay. These releases are clearly someone taking a chance (“on me”) in the same way the duo did with the early Justified Of Ancients releases. The White Room Soundtrack album (that is still on Spotify as I type) has the same audio glitches that feature on the album when it was available on DVD via eBay. A bootleg release that included pretty much every KLF release as an MP3 as well as an accompanying DVD of The White Room film. The Space album release on Spotify is also listed as The KLF when it fact it was by Space and released on KLF Communications.

It would be nice to see The KLFs back catalogue made properly available on digital download for a new audience. There is clearly still demand and excitement around the duos work. In the meantime enjoy them while they remain online.

Something to say? Leave a reply. Thanks! Cancel reply